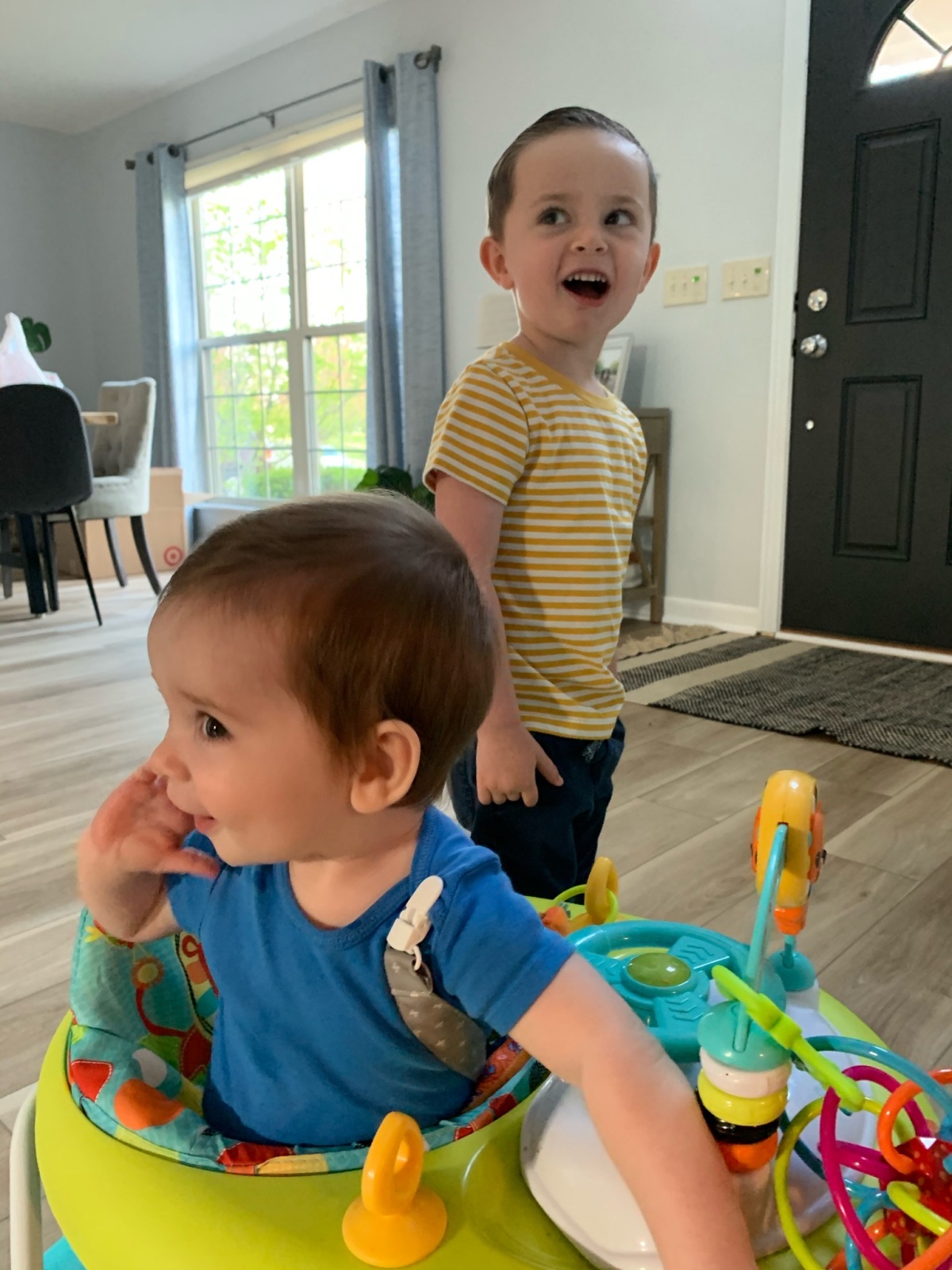 So this will be a post less about what I want to talk to you about, and more to do with two very big things that I hope take this blog — this idea of me talking to you throughout your lives — to the next level.

The first is what I’m calling “The VIP Project.” As I write this, all six of your grandparents are alive, and you have four living great-grandparents. Your great-grandpa Slee (Don) hasn’t been in my life since I was born, so I don’t think he’ll ever be someone we’ll talk about as you grow up. All I know about him is that he left your Tutu’s life when she was a little girl, and moved to Georgia and has had a new family since them. He had a son, which would technically be your grandma’s half-brother, but I’ve never met him. I think I’ve met your great-grandpa Don maybe twice in my life.

Then, both your great-grandma Rosi and great-grandpa Pat Whitt are alive. They are two very special people that welcomed your uncle Jordan and me into their family with the openest of arms when we were kids — probably 10 (me) and 8 (Jordan). I think it takes a special person to become a step-parent to two older kids the way your Grampy did — that is a conversation for another post — but it takes just as special kind of people to accept two new people into their family and love them the way they do their other grandkids.

Your other great-grandma Rauch, your Papa Rauch’s mom, is still alive. She was a much bigger part of my life, but I fear that you won’t remember who she was by the time you get older. I have a picture that I took in 2018 or 2019 of me, Reagan, Papa Rauch, and his dad (my Grandpa) out on The Farm in Newark. As soon as I had you, Reagan, I wanted that picture. Sadly, my grandpa died in August 2020, about a month before you were born, Koen. I would have loved to get another picture of him with the two of you, but never got that chance. I have so many memories of him throughout my childhood that I would have loved to hear from his side of things – to learn more about him and his time in the Army, or raising six boys, his love of flying (and sometimes crashing) airplanes, or where he got his sense of humor from because that is what always stood out to me most about him (and is probably where I get my playful side from).

This is why I want to capture a conversation with my grandma where we talk about her life, who she is and who she was, and what stands out in her life so that you can learn a little more about where you came from. This is the basis of The VIP Project. I want to talk to the people who will be the biggest impact on your lives and listen to who they are, what they might want you to know about them, and let them ask me questions that you might find interesting as you grow up.

So I am putting it out to the world to hold myself accountable, and hopefully it turns into something special that I can put pieces of on here, but also save that audio for you to revisit in its entirety when you’re older.

So, The VIP Project will segway this blog into version 2.0, which I see as including more audio and video content. I see the two of you becoming a part of this so that, again, as you get older, you can revisit conversations we have and listen to who you were and what ideas you had about the world when you were younger. I don’t think I want this to turn completely into a podcast-type of thing, but to record us (and your mom if she’s up for it) periodically so that we capture little moments with us.

So there it is. Some goals established and plans laid out. I’m excited to see how The VIP Project goes and I hope that I capture some valuable things for the both of you, but also for myself. I don’t know for sure where things will turn out once we get through everything, but I’m excited to see where this new direction takes us.

Until then, I love you both!